In the Delaware Basin, an operator drills their fastest one-run curve to date using Ulterra’s Split Blade drill bits to gain the upper edge on control and steerability. 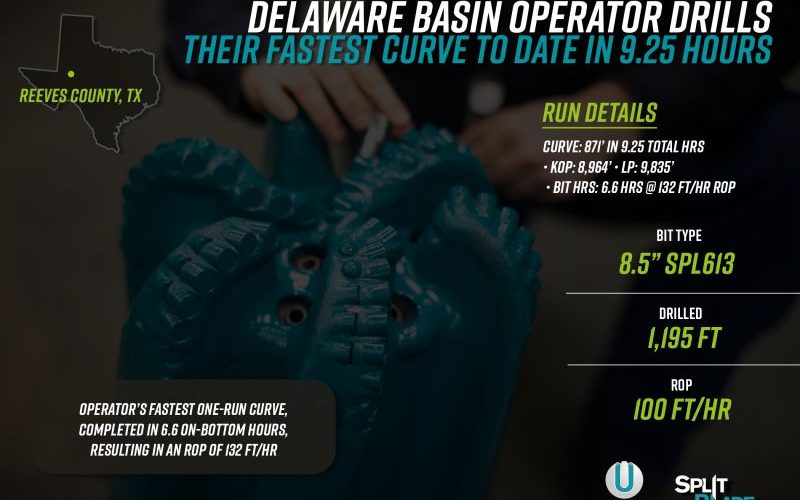 ROP in the Curve

Recently in Reeves County, a major Delaware Basin operator partnered with our team to drill their fastest curve yet. Utilizing Ulterra’s 8.5″ SPL613, the operator landed the 871 ft. curve in just 9.25 hours. Notably, the bit was on-bottom for 6.6 hours – resulting in an on-bottom ROP of 132 ft/hr. Drilling a portion of the vertical and lateral, the entire 1,195 ft. run averaged 100 ft/hr.

Operator Sets a 24-Hour Air Drilling Footage Record in the Marcellus
Operator Drills Fastest Surface Run in Willesden Field
We use necessary cookies to remember your selected preferences. To help us continue to improve, we’d like to set other cookies. These will only be set if you accept. By clicking “Accept All”, you consent to the use of ALL cookies. Visit “Manage Cookie Preferences” to update your preferences at any time.