An operator partnered with Dixon Directional, Patterson-UTI Drilling, and our team to drill their fastest well yet. The well plan called for utilizing three Ulterra bits, each specializing with a different Ulterra drilling technology to drill from NU to RR. 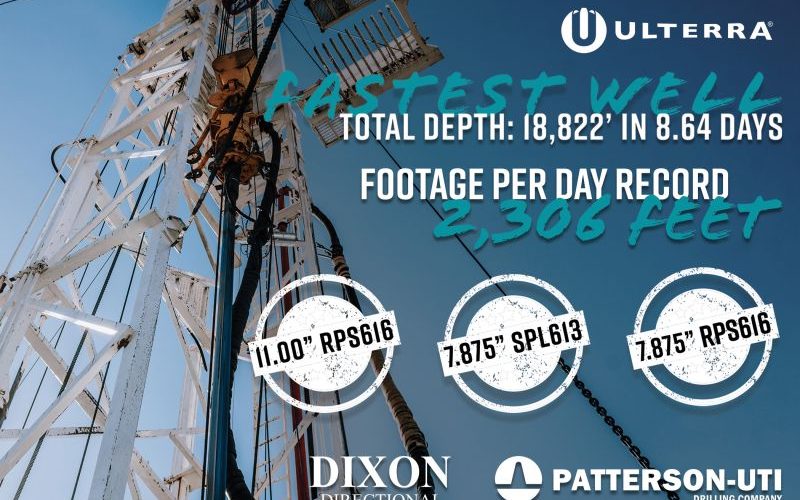 Achieving a new operator footage per day record, the team drilled an average of 2,306 ft. per day — reaching target in the Wolfcamp A formation in record-time.

The recently patented RipSaw technology is aimed at breaking through difficult changes in formation and abrupt drilling conditions. Ripsaw drill bits incorporate depth of cut limitation into the cutting design itself to limit the effects of changing conditions while the bit is actively drilling. The result is a bit that protects from damage without limiting high end performance capabilities.

Major Operator 24-Hour Haynesville Footage Record
Ulterra’s Patriot Bit Performs Double-Duty for Blue Dome Operating
We use necessary cookies to remember your selected preferences. To help us continue to improve, we’d like to set other cookies. These will only be set if you accept. By clicking “Accept All”, you consent to the use of ALL cookies. Visit “Manage Cookie Preferences” to update your preferences at any time.