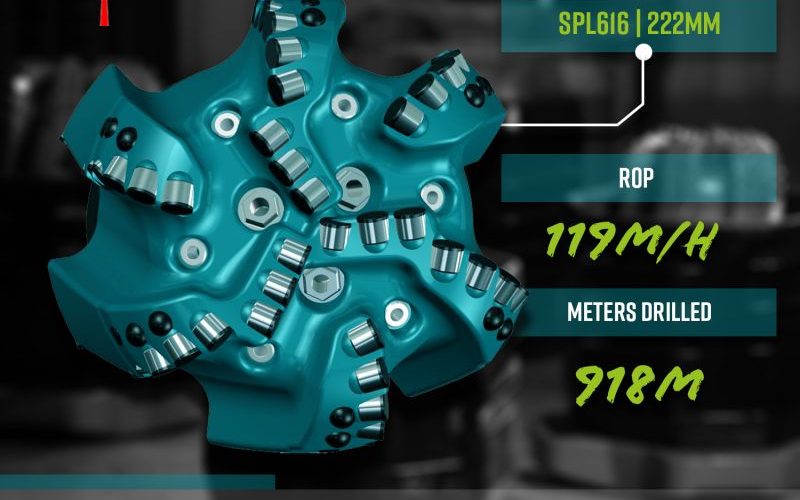 An operator in Alberta, Canada recently partnered with our team to drill their 222 mm vertical section in the Pembina field. Beginning the section at a depth-in of 132 m., the operator drilled 918 m. to reach section TD of 1,050 m. in just 7.8 hours.

Compared to offset performance, Ulterra’s 222mm SPL616 was utilized to drill the fastest vertical section in the area, achieving an average ROP of 119 m/hr. The SPL616 is equipped with Split Blade® technology and was designed to help evacuate cuttings to achieve higher ROP. In this instance, the operator outpaced average field ROP by 12.26% — unleashing the full potential of the design.

Named after the Pembina river, the Pembina oilfield is one of the largest conventional plays in the province of Alberta, Canada. Second only to the oil sands found in the McMurray formation, the formation is estimated to have 1.81 billion barrels of recoverable reserves and was discovered in 1953 by Mobil Oil. The three main plays in the field are the Cardium Formation, Viking Formation, and Fernie Formation.  References: A.R. Nielsen, F.R. Michaelis, H.K. Roessingh and W.D. MacDonald. Cardium Symposium. Journal of the Alberta Society of Petroleum Geologists, Vol. 5 (1957), No. 4.

Operator Drills Fastest Surface Hole to Date
Operator Set Best-in-Class-Lateral Run in Duchesne County
We use necessary cookies to remember your selected preferences. To help us continue to improve, we’d like to set other cookies. These will only be set if you accept. By clicking “Accept All”, you consent to the use of ALL cookies. Visit “Manage Cookie Preferences” to update your preferences at any time.